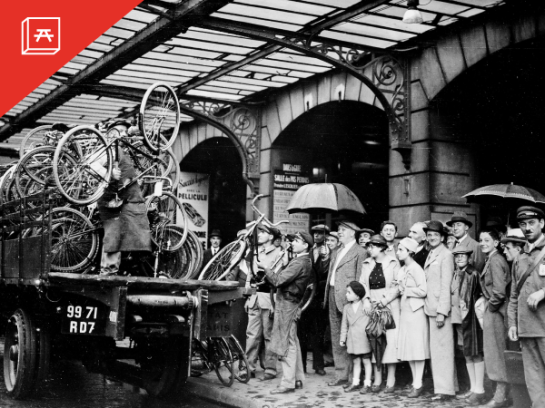 My essay Seize the Hamptons: We should all get the chance to escape the city and enjoy leisure — without the hefty ecological footprint came out today in a beautifully designed, city-themed double issue of Jacobin. And the editors have graciously made it available for even non-subscribers—but support smart long-form journalism and subscribe!

The basic premise is that, despite the hype, density as such isn’t enough to reduce our urban carbon emissions. Actually, as we’ve known all along, we have to cut back on consuming things too. (In San Francisco and Seattle, over two thirds of emissions caused by in-city consumption actually occur beyond city limits.) Snooze. The fun part—which I won’t spoil here—is that actually, the solution could be the shameless pursuit of low-carbon leisure, inside and outside cities. Sounds far-fetched—but actually, as you can see from the lovely French workers shown above, there are already historical precedents for what we need to do in the annals of 20th century struggles from below. Indeed—there are far more examples (including contemporary North American cases) than there was space to explore in the article.

So—for the fun details, delivered in all their narrative glory, read the piece. Get yourself a physical copy. And come back in a week for a post where I’ll describe the piece’s key intellectual sources, including cutting-edge dissertation research from some of my colleagues at NYU.